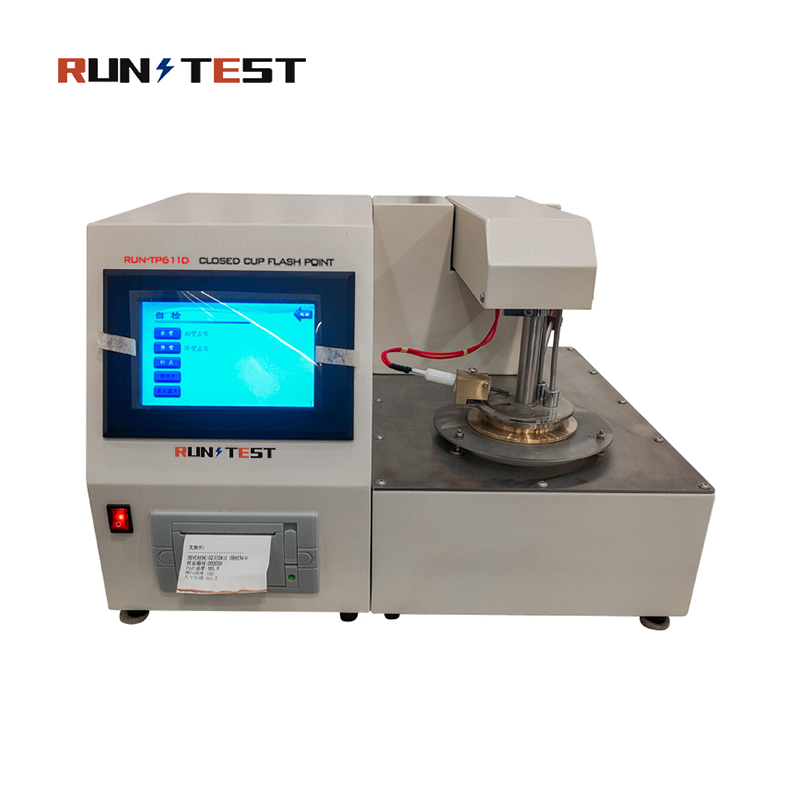 The instrument is designed and manufactured according to the requirements in the national standard GB/T 261 “Determination of Flash Point – Pensky – Martens Closed Cup Method”, and applies to the measurement of the petroleum products with the flash point range of 25℃～370℃ according to the methods stipulated in the standard.

2．Automatic correction of the impact of the atmospheric pressure on the test and calculation of the corrected values.

Under the condition stipulated by the national standard, the test sample is loaded into the test cup, and the test cup containing test oil is heated. The flash point is the lowest temperature at which the generated oil vapor and the mixed gas formed by the surrounding air contact with the flame.

Computer according to the collected by the temperature change instructions issued by the I/O port to control the heater, make the oil test temperature at a rate rise, scan cycle, ignition timing, differential detection, automatic control, when the flash is measured, a computer system stop data collection, flash fire temperature display and print the record as a result, stop heating, close the flame. 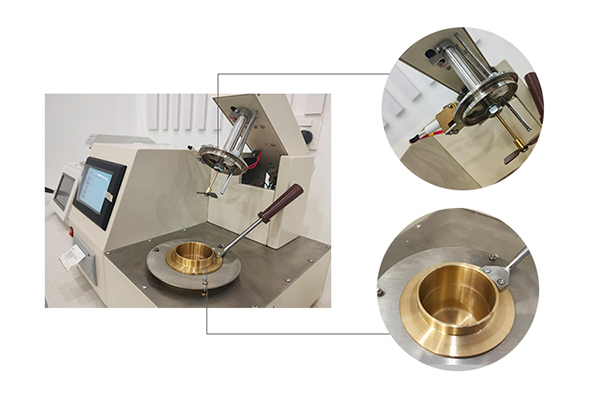 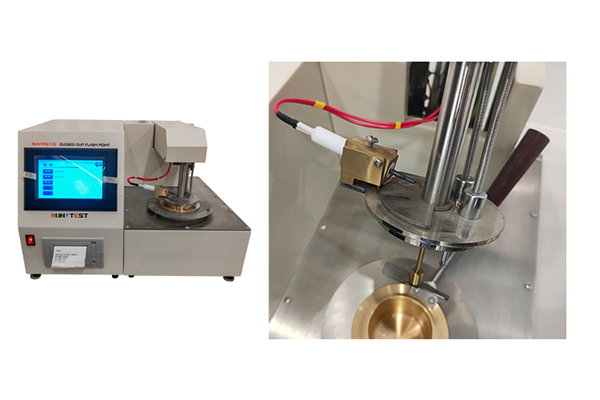 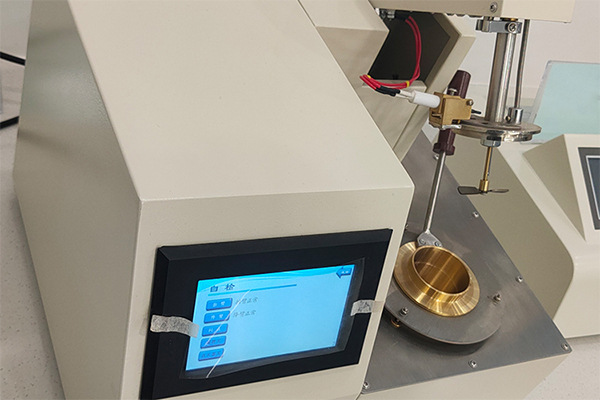 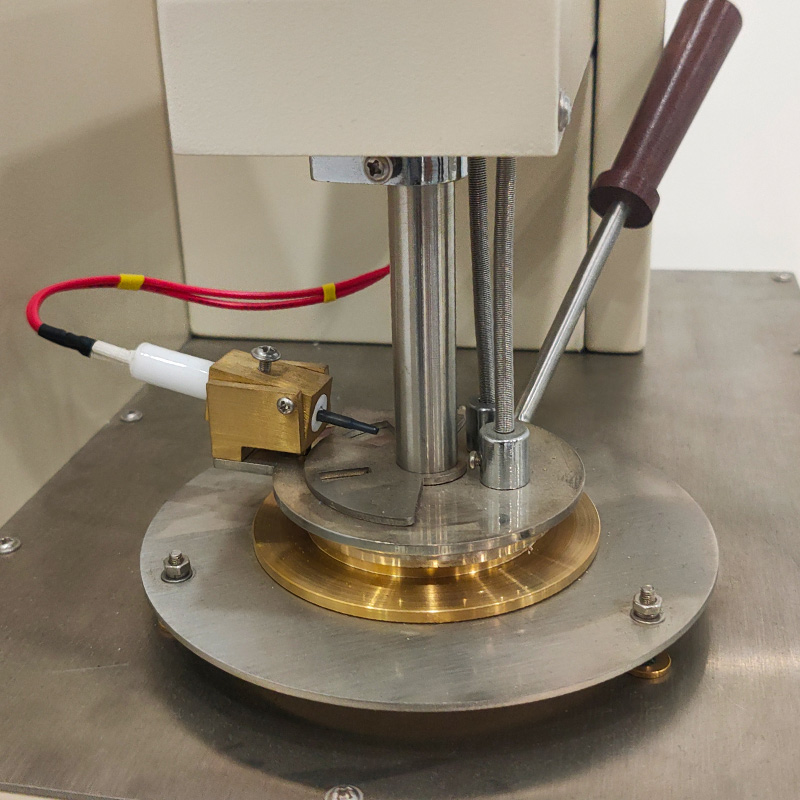 Write your message here and send it to us.